Two genetic health concerns seen in the breed are von Willebrand disease (vWD) and craniomandibular osteopathy (CMO); Scottie Cramp, patellar luxation and cerebellar abiotrophy are also sometimes seen in this breed. Common eye conditions seen in a variety of breeds such as cataracts and glaucoma can appear in Scotties as they age. There are no specific conditions relating the skin that affect the breed, but they can be affected by common dog related conditions such as parasites and mange. Scotties typically live from 11 to 13 years.

Cancer in Scottish Terriers
Scottish Terriers have a greater chance of developing some cancers than other purebreds. According to research by the Veterinary Medical Data Program (1986), six cancers that Scotties appeared to be more at risk for (when compared to other breeds) are: (in descending order) bladder cancer and other transitional cell carcinomas of the lower urinary tract; malignant melanoma, gastric carcinoma, squamous cell carcinoma of the skin; lymphosarcoma and nasal carcinoma. Other cancers that are known to commonly affect Scotties include mast cell sarcoma and hemangiosarcoma.

Research has suggested that Scottish Terriers are 20 times more likely to get bladder cancer than other breeds and the most common kind of bladder cancer is transitional cell carcinoma of the bladder (TCC). Dr. Deborah Knapp of Purdue University School of Veterinary Medicine has commented "TCC usually occurs in older dogs (average age 11 years) and is more common in females (2:1 ratio of females to males)." Symptoms of TCC are blood in the urine, straining to urinate, and frequent urination—although owners noticing any of these symptoms should also be aware that the same symptoms may also be indicative of a urinary tract infection. The most common and effective form of treatment for TCC is Piroxicam, a non-steroidal anti-inflammatory drug that "allows the cancer cells to kill themselves."  In order to help prevent cancer in a dog, an owner should ensure that their dog has minimal exposure to herbicides, pesticides, solvents and cigarette smoke; use caution when treating dogs with some flea medications; provide a healthy, vitamin-rich diet (low in carbohydrates, high in vegetables) and plenty of exercise.

Scottie Cramp
Scottie Cramp is an autosomal recessive hereditary disorder which inhibits the dog's ability to walk. It is caused by a defect in the pathways in the brain that control muscle contraction due to a low level of serotonin in the body. Typically symptoms only show when the particular dog is under some degree of stress. The front legs are pushed out to the side, the back arches and the rear legs overflex, causing the dog to fall should they be moving at speed. The condition is not seizure related, and the dog remains conscious throughout the event, with symptoms abating once the cause of the stress has been removed. Vitamin E, Diazepam and Prozac have all been shown to be effective treatments should it be required. Scotty cramp is found in other breeds of terrier, including the Cesky Terrier.

Craniomandibular osteopathy
Also known as "Lion Jaw", "Westy Jaw" or "Scotty Jaw", this condition of craniomandibular osteopathy is caused by excessive bone growth in the bottom jaw, usually occurring between four and seven months of age. Like Scottie Cramp, it is an autosomal recessive hereditary disorder, and can cause discomfort to the dog when it attempts to chew. The progression of the condition usually slows down between eleven and thirteen months of age, and is sometimes followed by a slow partial or complete regression

This condition has also been seen in other breeds of dog, such as the West Highland Terrier, Cairn Terrier, Boston Terrier as well as some larger breeds such as Bullmastiffs.

Type I is more widespread in Doberman Pinscher, but is as common in the Shetland Sheepdog as the Scottish Terrier. The condition appears in most breeds to some extent, but other breeds with an increased risk include the Golden Retriever, German Shepherd, Basset Hound and Manchester Terrier. 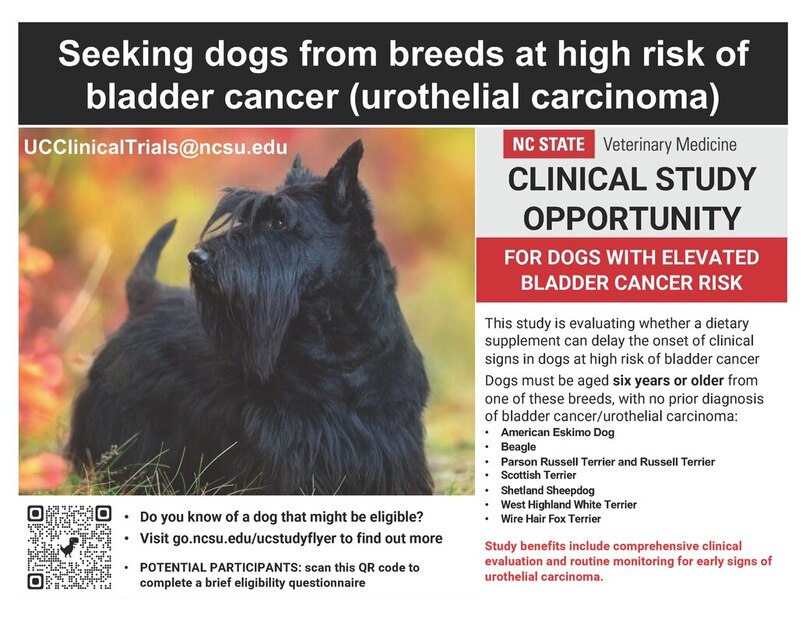 Scotties Rock Foundation is a 501(c)3 Non-Profit Public Charitable organization established in 2016 to assist Members with unexpected Veterinary Expenses. All requests for assistance must be submitted to a Board Member.